It all started about thirty years ago when my father told me that I wasn’t going to be wasting the summer riding dirt bikes and getting into mischief. I needed to learn a sport… Tennis, golf, swimming, you decide… Well, as fate would have it, shortly thereafter, I was watching TV and we happened upon the swashbuckling Spaniard – Seve Ballesteros dashing his way around some windswept landscape marveling the crowds with his magical creativity and deft touch! Quite literally, the ball was in motion… Soon after came my first golf lesson from a PGA Professional and after a whole bunch of worm burners, toe balls, hooks, slices, you name it, the pro looks at his watch and says, “Alright, last shot, make it a good one.” Once again, fate would intervene and I happened to hit my best shot of the whole session, way up in the air, right at the pin! That was it, I was hooked! 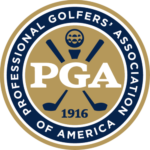 A Few Things To Know About Me

Maybe you too have already had your A-ha moment with this incredible game and have been forever bitten by the golf bug? Chances are if you’re reading this you probably have! The great thing about this game is that no one has ever completely mastered it and if they’ve come close, they no doubt were humbled by it at some point during the journey…

I’ve spent the last 20 years as a pro chasing the dream of playing golf for a living and although for a variety of reasons I may not have attained that ultimate goal of winning on the PGA Tour, I have lived life to it’s fullest and I’ve gained a plethora of knowledge about golf and life in the process.

In the golf business as a PGA Member for the last 18 years, I’ve been a cart kid, an assistant pro, a teaching pro, a Head Pro and a General Manager all over this great country! At times when I was trying to play for a living I’ve moonlighted as a busboy, a fine-dining server, a bartender, a shuttle bus operator, a pool boy, a home renovator, a bum check collections agent, you name it!

But the one thing that all of these activities always centered around was that obsession with golf. I worked all of these jobs, just so I could constantly be around the game I loved so much. Golf is my passion and I’d love to share that passion with you!

Golf travel… Once you get the bug, the 2 words almost become synonymous! Imagine going to Hawaii and not bringing your sticks? I don’t think so!

Check back in early 2020 for upcoming Schedule!